Our Vision - Share the Mauri and Mana of the Maunga.

Sanctuary Mountain Maungatautari began with a dream to protect the plant and animal species living on Maungatautari. This ancient eco-system has been recognised as a reserve since 1912 and nearly 100 years later the community came together to restore and protect this precious environment with a pest-proof fence. By removing all mammals from Maungatautari it has provided a safe environment to reintroduce some of New Zealand’s most endangered species back to their natural habitat. In 2001 Maungatautari Ecological Island Trust (MEIT) was formed when the community, including landowners, local iwi and residents came together with an aim to restore and protect this precious ecosystem.

Sanctuary Mountain Maungatautari is a world class conservation project which aims to continue the species re-introductions and breeding programmes to create biodiversity in a sound ecological environment. We hope to inspire both a national and a worldwide audience to get involved in environmental and wildlife conservation. We work in partnership with local iwi, landowners, the community and both government and non-government entities. This ensures the longevity of the fence and the well-being of all that exists on this precious maunga. With most of the mountain mature and intact conifer/broadleaf/podocarp forest, the functioning ecosystem on Sanctuary Mountain Maungatautari is as close to the pre-human New Zealand environment as it’s possible to find. It’s also the example of what the future holds if Predator Free 2050 is successful.

Sanctuary Mountain Maungatautari is a must do when visiting New Zealand. The enormity of the project, at 3400 hectares, makes it one of the largest pest-proof fenced projects in the world. This pest-proof fence is 47km long and offers a safe haven for many of New Zealand’s most endangered species - from birds to bats, frogs to reptiles, tuatara to giant weta. Its location in the central North Island of New Zealand makes it an accessible destination for visitors.

The Fence - Our People - Over the Mountain

Sanctuary Mountain Maungatautari has three enclosures: The southern enclosure (Te Tūī a Tāne ), the northern enclosure and the Tautari wetland.  ‘Enclosures’ is something of a misnomer: it suggests that we are trying to keep something in when in fact the opposite is true, we are keeping pests out! 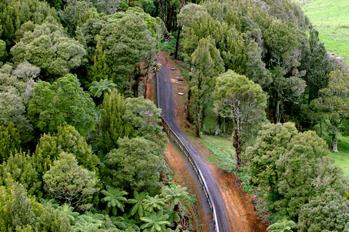 The southern enclosure, Te Tūī a Tāne, is the largest of the three enclosures, at 65 hectares. The name Te Tūī a Tāne means ‘the weaving together of all things Tāne’ where Tāne is the god of the forest.  This name reflects our intention to re-create a functioning forest ecosystem.  Our visitor centre and facilities are based at this enclosure. There is also an events centre in the forest and a 16m viewing tower.

The northern enclosure was the first area fenced when the project began.  To celebrate its completion 3,000 school children and supporters held hands around the enclosure, this action also symbolising the bringing together of the community. There are minimal facilities at the northern enclosure but the bush walks make a lovely day trip.

The Tautari wetland enclosure is found at the southern side of Maungatautari.  This offers visitors the opportunity to see a live functioning wetland eco-system.  Before the arrival of humans, the bush line extended much further down the mountain, gradually merging into other ecosystems. The bush line’s current altitude commenced with the arrival of Europeans, who used the newly exposed land for intensive agriculture. Eighty percent off wetlands in the Waikato region were destroyed for agricultural use due to the drained soil being very fertile.  The Tauroa family generously gifted the wetland to the Trust in 2005. Shortly after, the three hectares were surrounded by an X-cluder pest-proof fence.  The species now thriving in the Tautari wetland include takahe, kiwi, banded kokopu, giant kokopu (native NZ fish) and tuna (longfin eel).

A separate section of the Tautari wetland has been transformed into a purpose-built home for tuatara. To create suitable habitat, this area has been covered in wood chip mulch to provide a litter layer for insects (tuatara food) and planted to provide shade for the creatures when required. A boardwalk and viewing platform have also been constructed, and waterways created.  Tuatara were extinct on mainland New Zealand by the time Europeans arrived here. These fascinating creatures are a direct link back to the time of the dinosaurs. 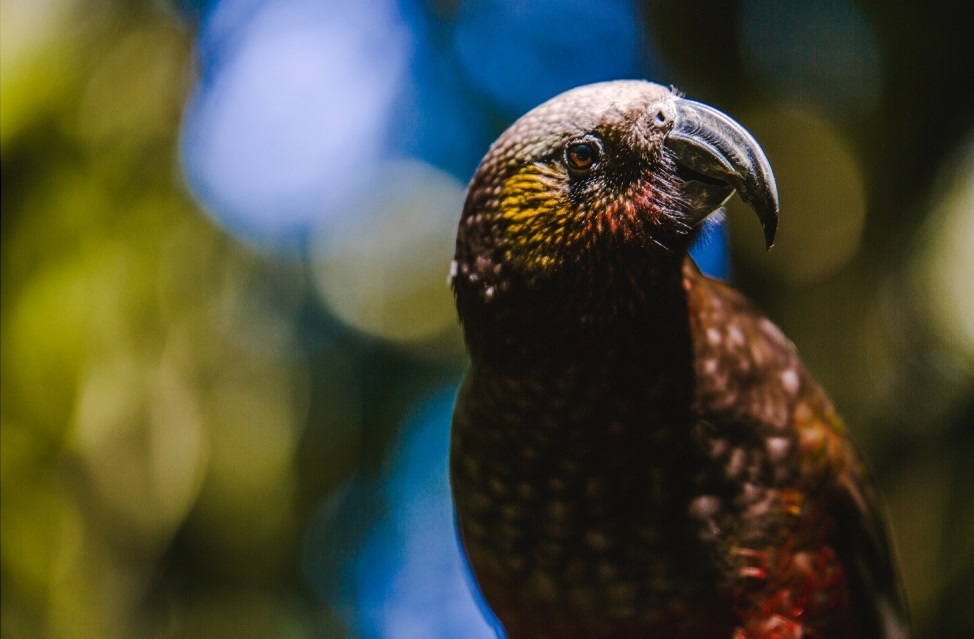 With the fence now in place and all mammalian predators eradicated from the maunga, the native bird life is flourishing. Birds like kaka, hihi, tieke, Western North Island brown kiwi, takahe, kakariki and the kokako are just some of the birds you are able to see and hear when visiting the sanctuary.  There are also mahoenui giant weta, geckos, tuatara, koura and North Island long tailed bats present at Sanctuary Mountain Maungatautari. Very few places in New Zealand have such a diverse number of native species living safely in their natural habitat.

If you’re interested in wildlife conservation or bird watching you will find plenty to look at on Sanctuary Mountain Maungatautari. Our mountain is home to several endangered and vulnerable species.

To date, several native bird species have been reintroduced to Sanctuary Mountain Maungatautari, including these threatened species:

All of those threatened species are now breeding on the mountain. Sanctuary Mountain is the only ancient rainforest mainland site where you can encounter endangered species such as hihi, kaka, kokako and kiwi. With all grazing mammals eradicated the forest of Maungatautari is now flourishing. A thick and lush understory can be seen like very few other native forests in New Zealand.  Where visitors can step through the gates into an ancient eco-system and view an array of native trees, ferns, shrubs, vines, mosses and fungi.

Significant areas of old-growth forest remain on Sanctuary Mountain – much more so than any other sanctuary in mainland New Zealand. Today, our mountain represents nearly half the forest remaining in our ecological district.

Forest on the lower mountain

In the lower reaches of the mountain, scattered rimu and rata emerge over a canopy of tawa, mangeao, kamahi, hinau, miro, rewarewa and pukatea. Magnificent stands of mamaku are a feature while dense tangles of kiekie, supplejack and toropapa, silver fern and hen and chicken fern form much of the understory. A range of native orchids may also be observed.

There’s a special structure to an undamaged forest - undergrowth, understory, sub-canopy, canopy, and emergent trees. In most New Zealand forests the understory and sub-canopy are absent. This is because every time a seedling became established in the last 200 years or so, a goat or deer would come along and eat it, preventing any from growing. Visitors to the southern enclosure will notice the large canopy trees, and the small undergrowth species which have grown up since invasive browsing species have been eradicated.

Further up the mountain you will notice distinct changes in plant composition and abundance. This is due to decreasing temperature, increasing rainfall and associated soil and climate changes as you climb higher. The increased altitude sees tawari, kamahi, tawheowheo, broadleaf and Halls totara become more abundant. In this upland forest the understory consists of soft tree ferns, coprosma, toro, five-finger, raukawa and horopito as well as toropapa. Tawari is particularly noticeable in December and January with its mass of large white blooms (whakou). Epiphytes are more abundant in this cloudy humid environment, especially filmy ferns and kidney fern. Ground cover consists of crown fern, bush rice grass and hook-seeded sedges.

Beside the walking tracks tiny seedlings have sprouted. Since the removal of all mammalian pests, the flora on Sanctuary Mountain are recovering at an incredible rate. Seeds are able to germinate instead of being eaten by rodents, and the increasing bird population is helping with wide seed dispersal again. The forest is regenerating naturally. 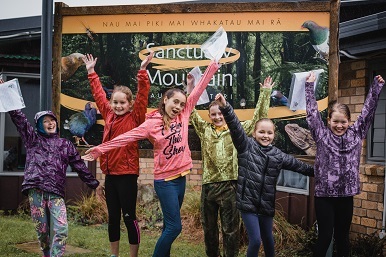 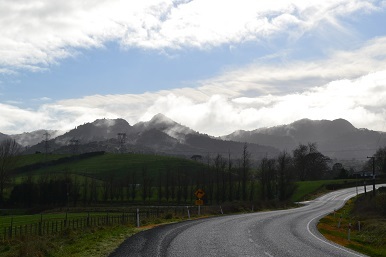 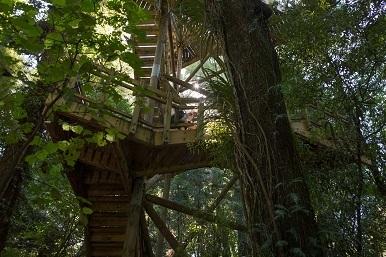