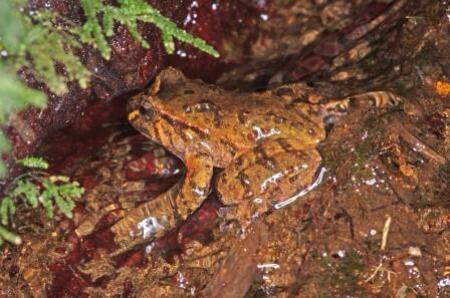 Our charismatic birds such as kaka, takahe and kokako often gain a lot of the attention, but what about all the other precious species at the maunga? Native fish including giant and banded kokopu were reintroduced in 2007, Hochstetter’s frogs have been surveyed since they were discovered in 2004, multiple species of geckos have been identified on site and invertebrates such as weta and bats are present but not often surveyed. There is so much that could be done, but often it is a lack of time, resources or funding that holds us back.

Our new Restoration Plan (2019-2029) was developed by John Innes and Corinne Watts of Manaaki Whenua Landcare Research, MEIT staff and our Scientific and Technical Advisory Panel (STAP). This key document lays out the foundations for the next ten years of the project, including priorities for monitoring our thriving and reintroduced animal and plant species…and does not forget the less charismatic species such as lichen and fungi!

We are busy working through the plan to prioritise our next actions for the following few years and creating a summary document that will outline to our supporters and funders our key goals and how we are actively working towards them. For instance, surveys we are planning for this year include a tuatara survey (which was last completed in 2015) and to install some long-term lizard survey plots in the Southern Enclosure. We also have many photos and ink tracks of geckos that are waiting to be logged and thankfully we now have lizard expert Moniqua Nelson-Tunley supporting us in this work from Waikato Regional Council.

This month we sadly say haere ra to our summer research intern Debs Smith. Debs has been staying at the maunga since November and has a great positive energy and plenty of enthusiasm for the maunga and its feathery inhabitants. She is also a bit of a plant nut and appears to have loved being submerged in the forest for weeks on end. Thanks, Debs, for all your hard work and best of luck in finding an awesome conservation job!