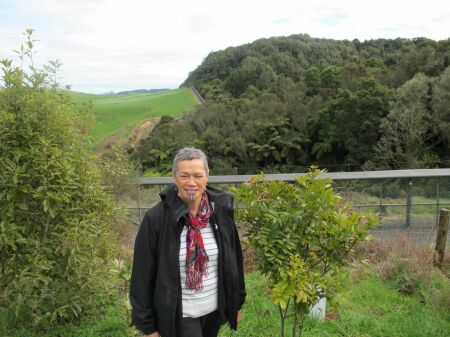 Poto Davies: Maungatautari is our heart and soul

Maungatautari Ecological Island Trust (MEIT) co-chair Poto Davies believes strong relationships create trust and can build understanding across communities. She has contributed as a committee member and now as co-chair for MEIT over the past six years, bringing her skills to help cement relationships and raise cultural understanding to move MEIT forward.

Poto grew up in Cambridge and says “Maungatautari is our heart and soul.” She moved away for 20 years or so after school, but her hometown drew her back. For the last 12 years her focus has been supporting her iwi Ngāti Koroki Kahukura in many volunteer roles.  She then became involved in resource consents applications which led to multiple engagements with community stakeholders.

Over time she was approached by other groups requiring her expanding knowledge and skill for cultural understanding, where she has been able to give Māori a voice in community discussions and decisions.

Poto is a candidate in this year’s local body elections for the Waipa District Council. She says,” relationships are the key no matter the walk of life. You have to be true to your own values but be patient so that people can see that being Māori and doing things in a Māori way is of benefit for the whole community. I say this because all our tikanga is directly related to the environment; land, water, air. Genuine trust will erode the invisible barriers between Māori, Muslim, European and everyone else. I enjoy watching barriers and misconceptions fall away.” Of becoming a councillor, Poto says “I’ve been on council committees, for the past 5 years, so becoming a councillor would formalise my position and validate my voice in the community.”